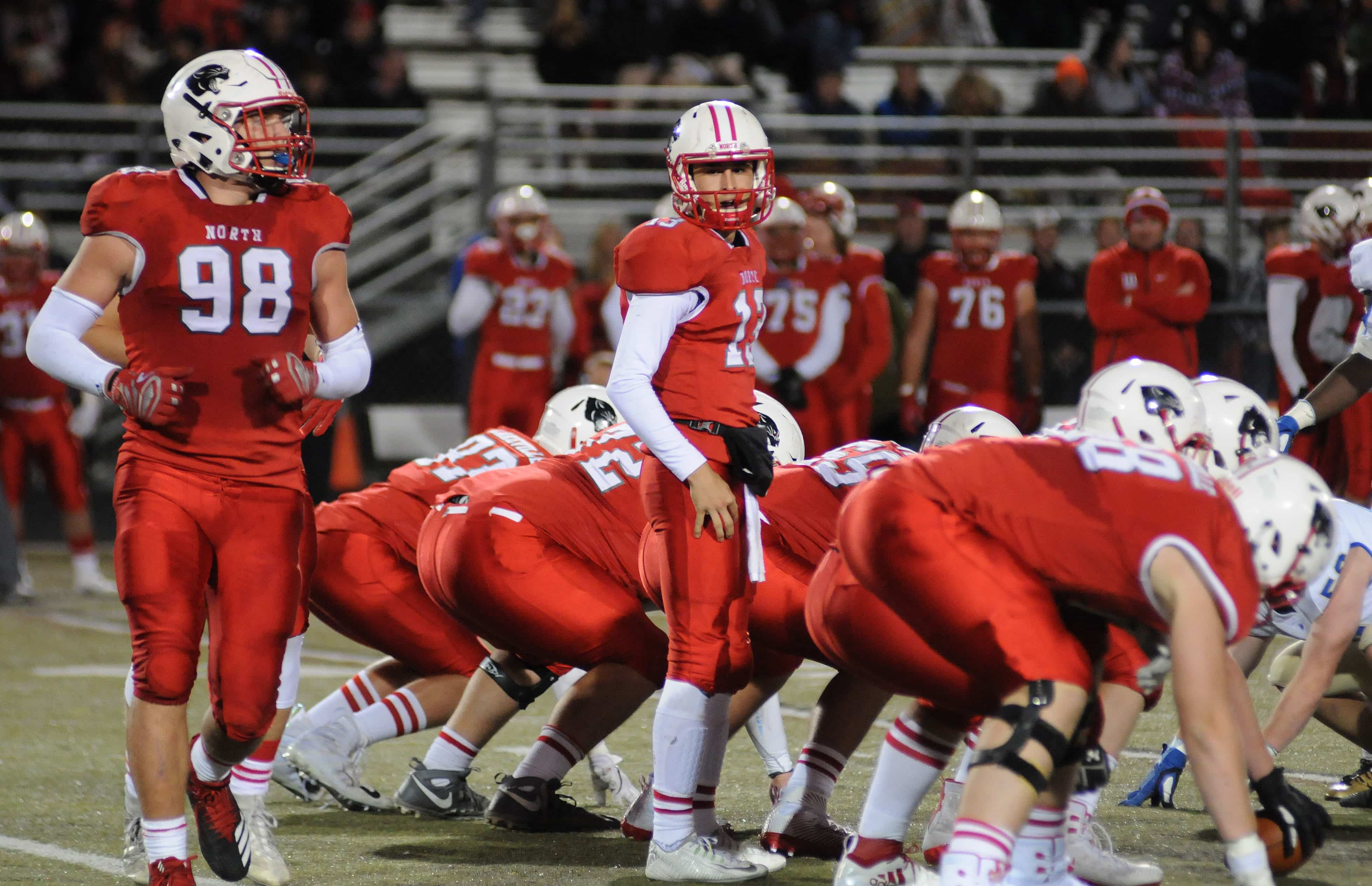 The rematch is set and it’ll be for the Class 6A championship.

Lakeville North ended crosstown rival Lakeville South’s magical run Friday with a 35-13 victory to earn a spot in the Prep Bowl and another meeting with Eden Prairie. The Panthers-Eagles rematch has been one of the most anticipated scenarios going this season since Lakeville North defeated Eden Prairie 14-0 back on Sept. 7, ending the Eagles’ five-year run of defeating every team except Totino-Grace. Only this time the top-ranked Panthers (12-0) will figure to be the favorites against third-ranked Eden Prairie (10-1) in the title game. The Eagles are the defending state champions still and Lakeville North will play for its first title since 2012 when the Panthers lost to Eden Prairie.

Lakeville North had little trouble establishing its vaunted running attack of Brian Curtis Jr. and RaJa Nelson though the Cougars (6-6) showed they would put up a fight in the first quarter.

Lakeville South grabbed a 7-0 lead behind a 31-yard touchdown run from Johnny Shabaz but then Nelson and Curtis Jr. hit their stride.

Nelson and Curtis Jr. combined for 388 yards and four touchdowns. Nelson ran for 214 and three touchdowns while Curtis Jr. finished with 174 and a touchdown. The two nearly had 100 yards each by halftime.

Nelson tied the game 7-7 with a 13-yard run in the second quarter and quarterback Brennan Kuebler scored with 4 seconds left in the half on a fourth-and-goal from the 4 to put the Panthers up 14-7 at the break.

Curtis Jr. rushed in from 17 yards out to make it 21-7 with 7:11 to play in the third quarter while Nelson extended the lead to 28-7 with a 16-yard touchdown run later in the quarter.

The Cougars, who entered the postseason with a 3-5 record, got within two scores when Reid Patterson ran in from 6 yards out with 8:57 left in the fourth quarter but the Panthers kept coming. Nelson scored his third touchdown of the game on a 6-yard run to make it 35-13 after the extra-point kick.

Lakeville North will play Eden Prairie, who defeated Blaine 34-14 Thursday night, next Friday at U.S. Bank Stadium to decide the Class 6A title.

HOW THEY GOT HERE

Lakeville South rattled off four straight upset victories to come up a game shy of a state title. Cougars head coach Tyler Krebs, in his second year at Lakeville South after leading Burnsville for six seasons, installed a new T-offense this season after watching Elk River find success with it.

Sophomore Reid Patterson took over at quarterback for the Cougars in their sixth game of the season when George Brekke moved to tight end.

Lakeville North has remained the No. 1-ranked team in Class 6A since beating Eden Prairie. The Panthers struggled early against Maple Grove in the playoffs before coming away with a 21-13 victory. Lakeville North opened the playoffs with a 45-8 win over Hopkins and clinched a spot in the state semifinals with a 35-8 win over St. Michael-Albertville.