The Metro conference is made up of four subdistricts that contain some of the biggest, most competitive, and toughest high school football teams in the state. The West subdistrict is no exception, as its seven members include some of the most traditionally successful programs in the state of Minnesota. With Week 7 of the high school season already upon us, Northstar Football News presents to you its 2019 “Conference Clear Ups” in which I will break down different subdistricts and give you the most important information on each squad going into the final two weeks of the regular season. The West subdistrict is home to the current 6A number one and number two ranked teams in Wayzata and St. Michael-Albertville, respectively, and is a top to bottom loaded conference. Let’s take a deeper look into the Metro-West and see what we can clear up about the subdistrict with two weeks to go in the 2019 regular season. Conference standings: 1) Wayzata (6-0), 2) St. Michael-Albertville (5-1), 3) Prior Lake (3-3), 4) Eden Prairie (4-2), 5) Shakopee (3-3), 6) Edina (2-4), 7) Minnetonka (0-6).

The #1 ranked 6A/Metro Wayzata Trojans are having a season reminiscent of their dominant teams of the early 2000’s and 2010’s. Led by a ferocious defense and a more than impressive rushing attack, the Trojans haven’t given up more than 18 points in a game and are averaging 212 rush YPG. Additionally, Wayzata has outscored their opposition 93-25 in the 1st half and are giving up an average of only 20.3 rushing YPG. Their passing D has been lethal as well, as UND CB commit  Sam Robertson Sam Robertson DB Wayzata | 2020 State MN  and the rest of the secondary have only let up two receiving TD’s all year. Thomas Schmidt is the Trojans QB1 and has thrown for 691 yards and nine TD’s. 446 of those passing yards have gone to WR1 Jacob Wildermoth, who has 26 receptions and six TD’s. RB  Christian Vasser Christian Vasser 6'2" | RB Wayzata | 2020 State MN is arguably the best at his position in the Metro, and his 913 yards on 151 attempts for 10 TD’s seems to argue in his favor. Vasser was also recently nominated in the USAToday Top 25 Players of the Week nationally after a 133 yard and three TD performance last week vs. Minnetonka. His running style reminds me slightly of Trojan great Mitch Underhill, who took the state by storm in 2009 & 2010. Wayzata also has some heavy-hitters on defense, as NDSU commit  Loshiaka Roques Loshiaka Roques LB Wayzata | 2020 State MN  has 33 tackles, six TFL’s, and three sacks through six games, and Winona State signee  Joe Demro Joe Demro 6'3" | DL Wayzata | 2020 State MN  has added 35 tackles, 12 TFL’s, and six sacks. Wayzata finds themselves as the unanimous #1 team in the state currently, and they’re going to be tough to beat the rest of the year.

With their only loss this season coming to the state’s #1 Wayzata Trojans 18-28 in Week 3, STMA is continuing to improve after their move up to 6A only a few seasons ago. The now #2 ranked Metro team and #3 ranked 6A squad is looking balanced on offense (115.5 pass YPG, 143 rush YPG), and have been tenacious on defense recording five sacks and five ints through six games. Interestingly, the Knights have only scored seven points in the 3rd quarter all year, and are getting out rushed 858-1269 over the course of the season. After a big win last week vs. Prior Lake, STMA plays Centennial tonight at 7 and have a big game vs. Eden Prairie to end the regular season. Kolby Gartner has thrown 44 completions on 79 attempts for 636 yards and seven TD’s for a 127.2 passer rating, and has gotten help from RB David Collins who has rushed for 605 yards and four TD’s on 100 attempts.  Brandon Langdok Brandon Langdok 6'3" | WR St Michael-Albertville | 2020 State MN  has been Gartner’s favorite target and has 15 catches for 316 yards and three TD’s. Defensively for the Knights, Boston Merila has 52 tackles, three TFL’s, two FF’s, and two picks to go with a sack. Andrew Zattoni has added two sacks, and the Knights will need all of their playmakers to ball out if they hope to win a state championship in 2019.

The Prior Lake Lakers are also reverting to their traditional style of football. A heavy rushing attack averaging almost 140 yards per game coupled with a defense that has recorded eight sacks and four interceptions has made the Lakers a sleeper in the Metro-West subdistrict as they only losses have come to #1 Wayzata 10-14, #2 Lakeville South 17-35, and #3 ranked STMA 16-20. If Prior Lake can get these final two wins versus EP and Minnetonka, they will most likely be the toughest 5-3 team in MN. Nick Raddatz has gone 38-59 for 342 yards passing with two TD’s and six ints. Offensive playmakers  Tyler Shaver Tyler Shaver ATH Prior Lake | 2021 State MN has rushed 72 times for 332 yards and three TD’s while  Parker Ellis Parker Ellis WR Prior Lake | 2020 State MN  has 13 catches for 183 yards and a touchdown. Defensive hammer  Blake Whaley Blake Whaley 6'4" | DL Prior Lake | 2020 State MN  has led the Laker defense and has posted 32 tackles, eight TFL’s, four sacks, and a forced fumble. Keep an eye out for Prior Lake once sections rolls around.

Although most teams would be happy with a 4-2 record while being ranked in the Metro/6A Top 10 going into week seven, this is definitely considered a down year for the Eden Prairie Eagles. Coming off of back to back loses, the first time since 2012, the previous two weeks to Wayzata (7-17) and Edina (14-21), the Eagles hope to bounce back against Prior Lake tonight if they hope to get some momentum back before sections. Despite a lack of star power on offense, EP is led by the productive tandem of Johnny Hartle at RB who has rushed 86 times for 457 yards and two TDs, and WR  Cade Kramer 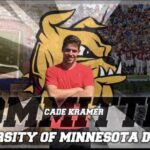 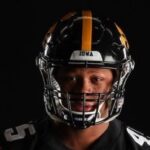 Justice Sullivan 6'2" | LB Eden Prairie | 2021 State MN , and they have held their opposition to only six rushing TD’s and still pose an intimidating threat. EP has also outscored opponents 61-7 in the 3rd quarter this season. Although still dangerous, this is a less powerful Eagle team that we’ve seen in years past.

Coming in at 3-3 overall and 1-3 in conference, the Sabres are pounding the rock in 2019 and are averaging 237 rush YPG and only 37 pass YPG. A tough 12-14 loss against Prior Lake week two and a 6-14 loss versus EP has held Shakopee back from being 5-1, and they’re outscoring opponents 122-84 while outrushing the competition 1419-585. David Bigaouette has rushed for 411 yards, six TD’s, and has added 220 yards and two TD’s through the air, while Jack Casey has rushed for 95 times for 434 yards and three TD’s. Shakopee has four players already over 100 yards rushing this season. Defensively, Connor Raines has 54 tackles and two TFL’s, Travis Barrett has 28 tackles, five TFL’s, two sacks, and a forced fumble. With big matchups coming week seven vs. Wayzata and week eight @ Edina, make sure to stay updated on Shakopee to see if they can close out the regular season strong.

Much like their former Lake Conference rival EP, Edina is having somewhat of a down year by their standards. Despite their first win vs. EP since 2012 occurring last Friday, the Hornets find themselves at 2-4 going into week seven. The Hornets have an impressive two-punch rushing attack featuring  Sawyer Anderson Sawyer Anderson ATH Edina | 2021 State MN  (86 for 373 and three TD’s) and Jonathan Bunce (68 for 310 and six TD’s) and have out rushed their competition 871-835. However, Edina has been outscored 27-56 in the 1st quarter, have let up 1016 passing yards at 9.1 a catch and 14 TD’s, and have also given up 13 sacks despite stud OL  Bastian Swinney 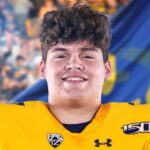 The Skippers are struggling in a way I haven’t seen since I was in high school 6-10 years ago. They find themselves 0-6 coming into week 7. However, a one point loss to a ranked Mounds View team week four and three additional losses coming within a TD, the Skippers are still no slouch. Ben Tolkinen has 113 rushes for 535 yards and two TD’s, and defensively Elliott Ische has 53 tackles and five TFLs while Sandler Tollefson has added 51 tackles and two TFL’s. Minnetonka has tried three different QB’s thus far this season, and have only thrown one TD compared to eight picks. They will need to find a more balanced offense if they hope to get a W in the remainder of 2019.