Lakeville South vs. Mounds View Offensive Players of the Game 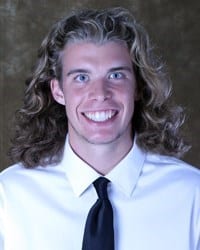 Friday’s 6A state quarterfinal matchup between the Cougars of Lakeville South and the Mustangs from Mounds View was a physical and exciting 38-14 game that featured two of Minnesota’s best big school competitors facing off for a chance to go to U.S. Bank Stadium and continue their quest’s for a 6A Minnesota state championship. Within the 38-14 final score some offensive studs from both squads impressed me enough to earn them the state quarterfinal edition of Northstar Football New’s “Offensive Players of the Game.” Whether slinging dimes all over the field, running the rock like your life depended on it, or opening holes big enough for a Mack truck to drive through, these “Offensive Players of the Game” balled out. Check out who earned NFN’s awards below. Hudl recap from the game: http://www.hudl.com/v/2CKX5F

1) Cole Stenstrom (6’1, 197 lb.) threw one of the best balls I’ve seen covering MN prep football. The Mounds View QB1 could make any throw on the field and did so all night for the Mustangs. The senior almost single handily kept Mounds View in the game with both his feet and his arm, and he had so much zip on the ball I could almost hear it whistling in the cold Minnesota air. The NSIC recruit should be QB1 for a college football program soon, and just yesterday was on a recruiting visit at the University of Wisconsin for their Big10 matchup vs. Iowa. Keep an eye on the senior as the postseason awards start rolling in. His 27 completions on 40 attempts for 274 yards and two TDs Friday night were fun to watch. Senior season Hudl: http://www.hudl.com/video/3/9845803/5d7dbe1db0230a0cc03b745f

2) Johnny Shabaz (6’0, 185 lb.) made it look easy all night as Lakeville South’s RB. The Mankato State commit rushed 15 times for 220 yards and two TDs in a game in which he looked almost unstoppable against Mounds View’s aggressive defense. As one of the best backs in the state, I was excited to watch Shabaz in person but was more than impressed by the seniors vision and acceleration through the hole. He was also a load to bring down and has been thriving in his career in Lakeville South’s Power T offense. I also sat close to his dad during the game, and let me tell you, that man looks like a good time. I’m excited to follow Shabaz’s career at Mankato, and the Mavericks are getting a good one. Junior year Hudl: https://www.hudl.com/video/3/8134546/5bf1e299e97a180c7cb65051

3) The Lakeville South offensive line consisting of junior Jon Elliot (6’3, 285 lb.), junior Luke Thompson (6’3, 200 lb.), junior Derek Ashland (6’2, 240 lb.), senior captain Kyle Lattery (6’2, 275 lb.), senior Jack Leland (6’6, 200) with junior TE Riley Mahlman (6’8, 280 lb.) and sophomore Chase Androff (6’5, 215 lb.) did an incredible job all night of executing their misdirecting Power T offense and opening huge holes for Shabaz and the other RB’s that knifed and gutted the Mounds View defense all four quarters. They are some tough kids and I’m excited to watch how they perform versus Wayzata next week in the state semifinals.