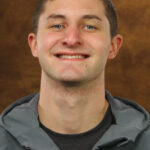 This story recaps each of the State Champions of each class. It will cover their scoring averages along with some players to watch for the 2020 season.

The Trojans put together a perfect season at 13-0, handling Champlin Park in the Prep Bowl 35-20 to finish the season. Wayzata averaged 30 points game on offense, while giving up 11 defensively. Running the ball most the game out of a pistol set, the Trojans will look to reload for next season with returning players such as:

Tight End- Luke Bodine runs good routes from his position and has a very reliable set of hands. He was also used as a pull-blocker to help spring his backs into the open field.

Defensive Back- Eddie Beeninga plays really well in one-on-one coverage. He does a good job coming up on run support and wraps up the ball-carrier.

Running Back- Sean Diedrich has all kinds of speed, he gets to top speed once he gets his read and finds the hole. He also hustles to make blocks downfield for his teammates.

The Hawks finished the season at 12-1, winning a nail-biter over St. Thomas Academy 10-7 in the Prep Bowl. Chaska averaged 27 points a game offensively, and averaged 8 points on defense. Running the ball out of the shotgun with 2 wide receivers, the Hawks will return a stellar crew of players in 2020 like:

Wide Receiver- Ethan Bachmann runs great routes to get open and makes the catch either wide open or tightly covered.

Wide Receiver- Nic Snuggerud is the speed receiver, gets behind the defense in a hurry and makes the big play. He can also run the short routes.

Offensive Lineman- Cole Zwiefel has great size, gets upfield to make blocks and seals the edge on the perimeter runs.

The Spartans finished the year at 11-2, winning probably the most exciting Prep Bowl game of the weekend against SMB 22-21 in OT. Running a trick play on a tricky swinging gate formation for a 2-point conversion to win the Prep Bowl. Rocori averaged scoring 26 points on offense while giving up 10 points defensively. The Spartans will also reload a stacked roster for the 2020 season with players like:

Running Back/Defensive Back- Luke Humbert gets north and south once he gets his read and really hits the hole hard, does not go down easily. Defensively plays his position really well and reads the receivers and steps up to make a play.

Defensive Back- Camdyn Bauer played the third level of defense really well, stayed back in coverage and filled the alley big on the run.

The Pioneers finished the season perfect at 14-0, winning their last two games in dramatic fashion. Defeating Jackson County Central 20-14 in the final minutes of the Semifinal game and claiming the Prep Bowl Title with a 28-27 thrilling victory over Dassell-Cokato. Pierz averaged 42 points a game on offense and defensively giving up 10 points a game. The Pioneers will look to rebuild their roster in 2020, but will return key players such as:

Running Back- Mike Liedenfrost filled in nicely behind Algarin, will step into a larger rushing role as a senior.

The Warriors had a perfect 14-0 season for the 5th year in a row, extending the nation’s longest win streak to 68 games. Playing a well-rounded State tournament, making plenty of in game adjustments to achieve another Prep Bowl over Minneapolis North 26-0. Caledonia passed the ball mostly out of the shotgun, spread formation, averaging 39 points a game offensively and gave up 6 points defensively. The Warriors will look to have another good season next season re-stacking the lineup with key players like:

Wide Receiver/Defensive Back- Eli King made many big plays in each area of the game (Offense, Defense, Special Teams), he has all kinds of speed, hands, and awareness. Still uncertain if he will play WR or QB next season, he will be dangerous in either position.

Center- Skye Welch anchored the offensive line as a Junior, he will do the same as a senior. He gets good push off the ball and also is solid in the pass blocking.

Running Back/Linebacker- Dalen Lemke played really well on the defensive side, flying to the football and being scrappy attacking the ball once he got there. He will get some more touches on offense as a Senior.

The Awesome Blossoms also finished the perfect season at 13-0 capturing their first Prep Bowl in school history, handling BOLD 41-15. Blooming Prairie runs a pistol spread set and plays the small-ball, screen game. The Awesome Blossoms averaged 48 points on offense while averaging 9 points on defense. BP will look to repeat in 2020 returning a handful of key players such as:

Wide Receiver/Linebacker- Mitchell Fiebiger gets open running good routes, on defense he reads the offensive line and fills quickly. He always breaks down and makes the tackle.

Wide Receiver- Bradley Simon will fill a larger role next season as a speed receiver.

The Wolverines bounced back from a runner-up season to the perfect 14-0 championship season, coming from behind to defeat Hancock 22-14. Mountain Lake runs a pistol, spread set as well running the ball most of the time out of it, averaging 48 points a game offensively and giving up 11 points defensively. The Wolverines will also look to build off the 2019 season with key players like:

Running Back/Linebacker- Mace Herrig is a hard runner, uses speed and power once he gets the ball. Defensively, plays the linebacker position well flying around the field.