This story will cover teams that will be the teams to watch for a potential State Title season in 2020 along with the players to watch on those teams.

The Rebels finished the season as the State Runner-up in Class 6A at 10-2. Averaging 25 points a game offensively and giving up 14 points a game on defense. What makes Champlin Park the team to watch for 2020 is that they return a solid crew of players. Those key players include:

Running Back- Shawn Shipman Shawn Shipman 5'11" | RB Champlin Park | 2021 State MN Jr. finds the seam in the line and explodes through it. Once he gets to top speed, he is one hard man to run down.

Defensive Back- Cameron Hammonds played a great season at Safety, reads the offense well, diagnoses the play and puts himself in position to make the play. He also delivers good hits and has a nice set of hands to intercept passes.

The Cadets were also a State Runner-up team finishing 11-2 on the season. Averaging 32 points a game on offense and only giving up 6 points on defensively. They will also return a couple of key players for the 2020 season that puts them ’In the Hunt.’

Running Back- Danny McFadden Danny McFadden 5'9" | RB St. Thomas Academy | 2021 State MN , after watching his highlights, he does not get touched by defenders often. He gets wide open in space and he is hard to even get a hand on with his speed and agility in the open field. 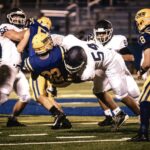 Garrison Solliday 6'0" | DL St. Thomas Academy | 2021 State MN is a very strong kid with a quick first step off the snap. He finishes every play to the whistle, which usually ends up with him taking the ballcarrier down. Spends majority of the game in the opponents backfield.

The Tigers finished 10-1 in the State Quarter finals this season. Averaging 40 points a game on the offensive side while giving up 10 points a game defensively. Though they made an early exit this year, the Tigers are returning what seems like a full roster of experienced players for the 2020 season including:

Wide Receiver/Defensive Back- Micah Niewald has a good deal of speed and hands to be a vertical threat. He also possesses some good vision to find open field.

Offensive/Defensive Lineman- Cheick Kaba Cheick Kaba 6'1" | DL Fridley | 2021 State MN has a good first step off the ball on defense, is in the backfield almost immediately and stays home.

The Blue Jays finished the season 8-3, making it the the State Quarter finals this year. Averaging 39 points on offense while surrendering 18 points a game defensively. Class 3A was a tough class to pick a contender, there were many too pick from, but the thing about Waseca is that their impact players are all returning next season. Players including:

Wide Receiver/Defensive Back- Kyreese Willingham has a great set of hands and shakes defenders with good route-running ability.

Defensive End- Marcus Hansen has a lot of power rushing off the end, also has a great deal of speed to keep contain on the perimeter runs.

The Polars finished the season 12-1 as Prep Bowl Runner-up this season. Averaging 38 points a game offensively and gave up 11 points a game on defense. North held the Caledonia Warriors to their 2nd lowest scoring game on the year and will return a lot of their key players such as: 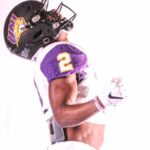 Terrance Kamara 5'9" | RB Minneapolis North | 2021 State MN is a player we’ve been buzzing about for awhile. He stepped up on offense and kept the offense in motion all season long, great speed and agility

Wide Receiver/Linebacker- Dominic McMillian Dominic McMillian 6'3" | LB Minneapolis North | 2021 MN can be use and a speed or route-running receiver. Also reads the offense well and gets into position to make the play on the pass or run.

The Warriors finished 13-1 on the season, falling in the Prep Bowl to finish as runner-up for the second straight year. Averaging 41 points on the offensive side while giving up 10 points a game on defense. BOLD will graduate a lot of their weapons, but will return some very big players to build around for the 2020 season, such as:

Wide Receiver/Defensive Back- Drew Sagedahl was a good route runner with a good set of hands and always knew where he was on the field. His role may change in a big way for him for his Senior season.

Offensive/Defensive Lineman- Xavier Basaldua has lots of size to draw a lot of attention, he will look to anchor a very talented group of lineman for the Warriors.

The Owls also finished 13-1 on the year and were Runner-up in a thrilling Championship game. Averaging 35 points a game offensively while giving up 14 points a game on defense. Hancock will return a lot of their weapons for the 2020 season which will have a promising season with their key players like:

Wide Receiver/Defensive Back- Brandon Kellenberger has great height and hands which make him a great target anywhere on the field.

Center/Linebacker- Adam Shaw has great blocking technique and strength, but also is very disciplined on the defensive side and a form tackler.