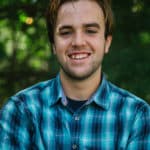 March Madness is quickly approaching, so I thought there is no better time to look at the best football players in Minnesota who spend their winter on the hardwood. This list is in no specific order, and it will be highlighting the top football players in MN who happen to also play basketball (excluding the 2020 graduating class).

Bastian Swinney is an absolute mammoth of a man–standing at 6’6″ 273 pounds. Having the ability to play varsity basketball at that size should prove how freak-ish of an athlete he actually is.

The future Cal football commit spends his time on the hardwood in the post, controlling the paint and reeling in almost every rebound in sight. His scrappy play has lead to him averaging 6.4 points per contest in Edina’s 19 games this season.

Swinney is one of the best football prospects in the country let alone Minnesota. His combination of absurd strength, size, and athleticism make him arguably the best offensive line prospect since Quinn Carroll to come out of Minnesota. He picked up an offer from nearly every power five division one school in the midwest in the offseason, but he will be heading to the Pac 12 for college to attend the University of California.

If Swinney is the best football prospect in Minnesota, Riley Mahlman is a close second. The Lakeville South student is nearly just as big as Bastian, as he stands at 6’8″ 270 pounds.

Mahlman uses his great length to his advantage on the basketball court. He is an elite-level shot blocker at the high school level contesting almost every shot that comes into the paint. The junior also is a modern big man as he can step out and knock down the three-point shot at times as well. He is currently averaging 9.5 points per game for the Panthers this season.

When Mahlman steps out on the football field on Friday nights you can see why he was one of the most coveted offensive line prospects in the country. He is currently rated as the 160th best player in the class of 2021 according to 247sports, and he is heading to Wisconsin. This is in large part due to his immense potential. He continues to grow into his body more and more throughout his high school career as he is developing as future NFL talent at the position.

Dorian Singer has quietly become one of the best athletes in all of Minnesota. He is currently picking up offers for football left and right, but his basketball skills are not too far behind.

Dorian’s twitter @showtime_dough is flooded with a plethora of videos in which he showcases his all-world athleticism. The 6’0″ junior uses his speed to blow by defenders and get to the rim. He has averaged 9.8 points per game this season, but he has eclipsed 20 plus on two different occasions.

Singer plays on both ends of the field for Tartan, at wide receiver and defensive back. Last season he surpassed 300 receiving yards while reeling in three touchdowns. On the defensive end, he has elite level ball-hawking skill, as he pulled in six interceptions last season. The Tartan product currently holds offers from Iowa State, South Dakota, and Montana State as well as interest form the University of Minnesota with no commitment date in sight.

Longstreet has the argument to be the most productive basketball player on this list. The 6’4″ junior uses his long frame and smooth athleticism to make plays all over the field for Delano on the basketball court as well as the football field.

Trey is averaging 14.2 points per game this season for Delano, as they are currently one of the best 3A programs in the state with a 20-3 record. He plays with a very high basketball IQ and he consistently makes the right decision while on the court. There is no doubt that he is one of the best two-sport athletes in the state of Minnesota.

Even though Longstreet might be the only player who has a chance to play basketball at the next level, he still is one of the best football players in MN. He currently holds an offer from Iowa State, with the chance of many more flowing in. He is a great tight end and defensive lineman for Delano, as he is able to showcase his athleticism all over the field in the fall.

Trey Feeney is one of the most underrated all-around athletes in the state of Minnesota. He slings the pigskin all over the field on Friday nights and knocks down shots for the Morehead basketball team in the winter.

Feeney is currently averaging 10.2 points per contest for the Spuds. His combination of a feel for the game and a smooth jumper makes him a very valuable player for any high school team. Standing at 6’3″ he plays guards most on the wing, but he is one of the more underrated all-around defenders in the state.

Feeney is in line to have a monster season for Morehead in 2020. He finished with nearly 3,000 total passing yards as a junior to go along with almost 30 passing touchdowns. He also adds a great rushing threat while he recorded 492 yards on the ground with 13 touchdowns. His smooth left-handed release reminds more of shades of a prime Tim Tebow. He should be on everyone’s preseason watchlist for Mr. Football next season.