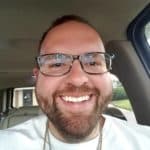 If you have not been out to the smaller communities in the state to watch a 6-man high school football game, you should consider taking in the experience. The game is more wide open with every player on the field able to be an eligible receiver on offense, teams needing to get 15 yards for a first down instead of 10, PAT kicks after touchdowns worth two points while a standard offensive play after a touchdown that is converted is worth one point, and the field is a smaller version that is 80 yards length and 40 yards width.

With only 12 players on the field at once, the game is wide open with space to work with, and you can see a variety of outcomes, from the low-scoring defensive battles to memorable shootouts like the 2018 game between Peetz and Briggsdale where a state-record 186 combined points were scored.

Because these schools are smaller in size and teams are smaller in numbers, the majority of players play both offense and defense in 6-man football. As a result, there are plenty of players that will put up big yardage and score plenty of touchdowns on offense while also piling on tackles and turnovers on defense. Many teams who can find a stud on both sides of the ball will have a great opportunity to make a run to the state championship.

First, you should know that Stratton/Liberty has emerged as one of the best 6-man program in Colorado in recent history, and they will be a hungry team this fall after coming up short to Fleming 28-27 last year in the state championship game. Returning to lead the team is Lichty, a 5-foot-10, 207-pound senior who was fourth in 6-man football with 131 tackles. He had four games with 10 or more solo tackles recorded, including a game with 19 solo tackles in a 72-43 win over Branson/Kim. He also recorded a sack, interception and recovered a fumble while forcing three fumbles. On offense, he rushed for 1,900 yards (second most in 6-man football in 2019) and 36 touchdowns while also hauling in eight receptions for 95 yards and four more touchdowns. He’s a quick athlete you should see flying all over the field for the Eagles.

The Pirates put the ball in the hands of Simmons and looked for him to make plays with his arm and legs, and he did not disappoint. He will look to improve his 50 percent competition rate, but he hit some big plays through the air which led him to finish with 708 passing yards and 12 touchdowns. On the ground, he ran for another 659 yards and 12 touchdowns as well. His good ball instincts helped him on the other side of the ball, flying to the football on defense to lead the team with 107 tackles, including two games with 11 solo tackles against Deer Trail and Kiowa. He also picked off two passes, recovered a fumble and forced another. Simmons’ play will be key for the Pirates to turn around a 3-6 campaign and make a return to the playoffs this fall.

The Tigers made it a priority to get the ball into the hands of Mitchek in his sophomore season and he proved why. Good speed and athleticism allowed him to hit the open field and become a home-run threat. He rushed for 907 yards and 19 touchdowns on just 78 carries, equaling an average of 11.6 rushing yards per carry. They also ran him out for routes and he hauled in 28 receptions for 558 yards and nine scores. Speaking of the passing game, he was a ballhawk in the secondary on defense. Mitchek intercepted six passes, tied for second in 6-man football and putting him near the top in the state in any classification in that category, and he also recorded 104 tackles, with his best game coming against North Park in the playoffs with 11 solo tackles and a pick. Cheyenne Wells was the No. 3 seed in the 6-man playoffs and should be strong again in 2020.

Don’t let the stature of Harris fool you. At 5-foot-10 and 145 pounds, this kid proved he would be valuable to the Wolverines as a freshman. In his first high school football game versus Mountain Valley, he carried the ball eight times for 131 yards and a touchdown while catching six passes for 94 yards. On defense, he recorded six solo tackles and assisted on six more in the win. His freshman season ended with 104 tackles and four games with 10 or more solo tackles, 519 rushing yards, 355 receiving yards and 12 total touchdowns. You can also look for him to get some returns in the special teams. Look for Harris to come back stronger with a year of experience under his belt and for him to be a big factor if Cheraw is to improve in league play this year.

The defending state champs will be without the 6-man Player of the Year in Brandon Williams in 2020, but they return two First Team All-State players this fall, including Goss. A four-year starter for the Wildcats, Goss uses his 6-foot-1 frame to good use as a receiver and was third on the team with 11 receptions that totaled 169 yards and 3 touchdowns. With three-year starting quarterback Kade Comstock returning, look for Goss to emerge as the leading receiver. Goss also carried the ball 77 times for 492 yards and 10 touchdowns, and he should see more touches with Williams gone. Add in the 94 tackles, 2 interceptions, 3 fumble recoveries and 3 forced fumbles on defense, Goss is one of many well-rounded players returning for Fleming, who looks to be reloaded for a chance to try and repeat as state champs.