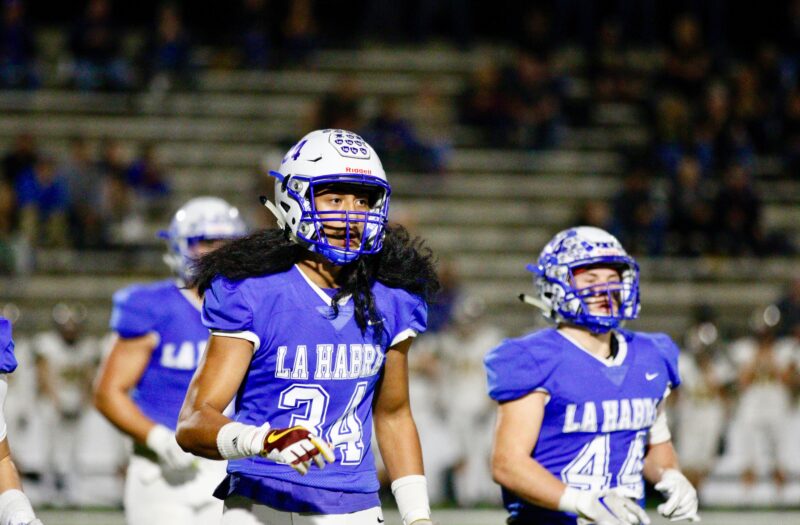 The 6-foot-4, 290 pound offensive lineman had 9 offers before committing to the Broncos.

White originally told reporters that he wouldn’t commit until after taking more visits after the dead period ends. But Boise State was able to convince him to commit before the dead period ended and before his senior season began.

“I knew spots were starting to fill up,” White told Greg Biggins of 247Sports. “Boise State was my top choice from the beginning and they already have a few OL commitments. They were encouraging me to commit and make sure I was a part of this recruiting class and the timing just felt good to me.”

Elarms-Orr had 65 tackles, eight for a loss and seven sacks for Moreau Catholic last season. He also caught 10 passes for 75 yards and a pair of touchdowns.

He is the fourth defensive end in Cal’s 2021 recruiting class, all of them are from California: Akili Calhoun 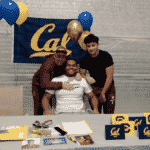 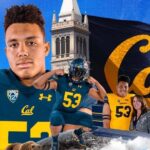 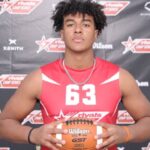 Elarms-Orr is the seventh ranked defensive lineman in the state according to Prep Redzone. 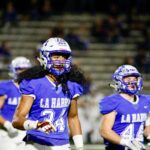 Patu chose Colorado over his other finalist Washington State.

He told Greg Biggins of 247Sports that quality control coach Junior Tanuvasa was a big factor in him committing.

“Junior Tanuvasa, that’s my guy right there,” Patu told Biggins. “He’s like family to me and was a big influence on my decision. He’s a super chill guy and someone I was very comfortable with. We talked all the time, did some zoom calls and he’s someone who was more than just a coach to me.”

“When we talked, it wasn’t just always about football. He talked about my grades, what I need to do to make sure I’m good there and he’s someone I see as a mentor as well as a coach.”

Patu played safety for the Highlanders last season but will play outside linebacker this season. Colorado recruited him as a linebacker. He is the second linebacker in Colorado’s 2021 recruiting class.

Breland has elite speed for his size and raw strength, but told Albano he has several areas of his game he wants to work on.

“I need to work on things like better technique, staying low and trusting myself and not second-guessing myself,” Breland told Albano.

Could Class of 2024 OL Aydin Breland be the next big-time offensive lineman to know in California? @adamgorney thinks so: https://t.co/Gu5D5lT7QD pic.twitter.com/dV5aSOT1CS