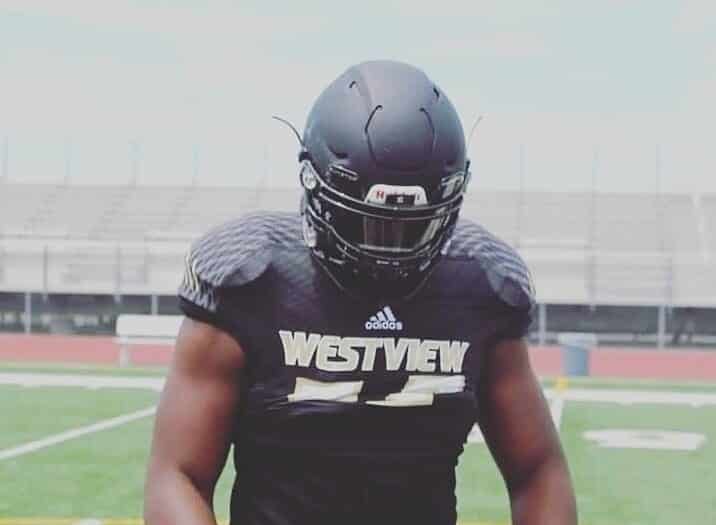 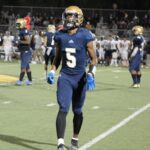 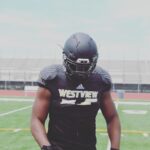 Maseuli is familiar with the San Diego area. He played his sophomore season at Cathedral Catholic before transferring to JSerra (San Juan Capistrano) for his junior season.

The 6-foot-3, 340-pound lineman is very aggressive and overpowers defensive linemen. He is a student of Chris Talamaaivao of Giant Skillz linemen training camps.

Maseuli was invited to play in the Polynesian Bowl on January 23 in Hawaii. He had seven other offers prior to committing to San Diego State, including Alabama, Michigan and USC.

Big @RossMaseuli showing his versatility 😁. Big Ross had himself a day on both sides of the ball. One of the best Lineman on the West Coast. #Gz🆙 #GSA✅ pic.twitter.com/4OF5RuDKtT

“It was a really hard decision because of my relationship with the Fresno State coaching staff,” Meredith told Greg Biggins of 247Sports. “I was really close with coach (Courtney) Morgan and coach Kirby (Moore, WR coach). Those are my guys and they showed me so much love during this process.”

“The biggest thing for me was the opportunity to play in the Pac-12. That has always been a dream of mine and I’m excited to play on that big stage. I thought if I’m going to showcase my talents, why not do it on the biggest stage possible.”

Makai Cope Makai Cope 6'2" | WR Culver City | 2021 State CA , the No. 8 receiver in the state according to Prep Redzone announced his commitment to Utah on Friday.

The Culver City receiver also had offers from Arizona State, Michigan, Stanford and USC but those recruiting classes filled up quickly. Cope has had workouts with quarterback Peter Costelli

He caught 46 passes for 802 yards and nine touchdowns as a junior and is expected to be an even bigger part of Culver City’s offense this season, if the football season occurs.

One of San Diego’s top D linemen headed to Duke

The 6-foot-4, 270-pound defensive end narrowed his list of schools to six in October, but said he would not commit until the dead period was over so he could take more official visits. The NCAA recently extended the dead period due to COVID which may have made Tobin decide to commit early.

Tobin is the first player from California in Duke’s 2021 recruiting class, which ranks 12th in the ACC according to 247Sports. He is the No. 20 defensive lineman in California’s 2021 class according to Prep Redzone.

He was offered by Sacramento State on Tuesday and wasted very little time committing to his hometown school.

Hays had 34 tackles, 10 for a loss, two sacks, two forced fumbles and a blocked punt as a defensive end for Christian Brothers last season. The 6-foot-6, 250-pound lineman also plays tackle on offense and a little bit of tight end as well.