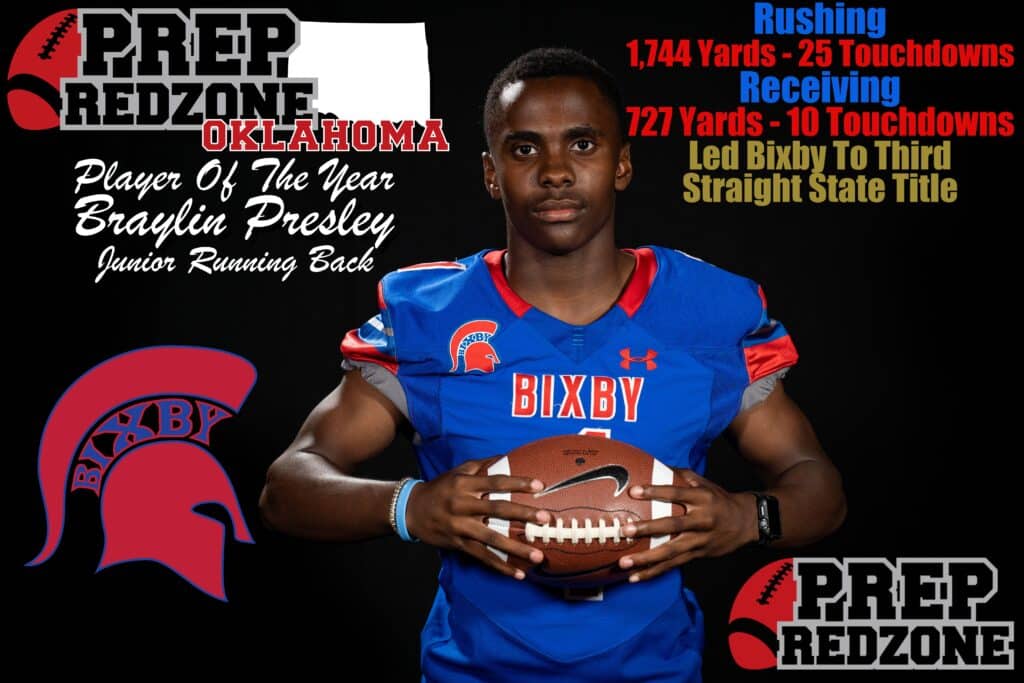 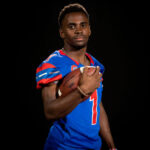 Get 25% off your subscription by entering Knight25 in the coupon code area. Enjoy!

Braylin Presley 5'9" | RB Bixby | 2022 State OK , who is this year’s Prep Redzone Oklahoma Player Of The Year. Presley was the most dynamic and electric player in Oklahoma this season. He helped lead the Spartans to their third consecutive state championship and the sixth in the last seven years. The Spartans head into 2021 with a 36-game winning streak. Presley ran for over 1,700 yards and 25 touchdowns. He also finished with over 700 yards and 10 touchdowns receiving. The receiving numbers is what put the Bixby junior over the top. We knew he would be one of the best running backs in the state, but what he added to Bixby’s offense as a receiver made defending the Spartans nearly impossible. Another big reason why Presley is this year’s winner is his performances in Bixby’s biggest games of the year. In one of the more highly anticipated regular season match-up’s, Bixby traveled to Carl Albert in a battle of dynasties. Presley and the Spartans dominated, winning 56-14 behind Presley’s 300+ yards and 6 touchdowns. In their two games against Choctaw, Presley ran for nearly 400 yards and 4 touchdowns combined. In Bixby’s semifinal win to punch their ticket to the championship, Presley torched the Midwest City defense. He finished with 342 total yards of offense and 4 touchdowns. Congratulations again to Braylin Presley

Subscribe to Prep Redzone Oklahoma to get access to all premium articles and prospect rankings for as little as $2 per week with an annual subscription!