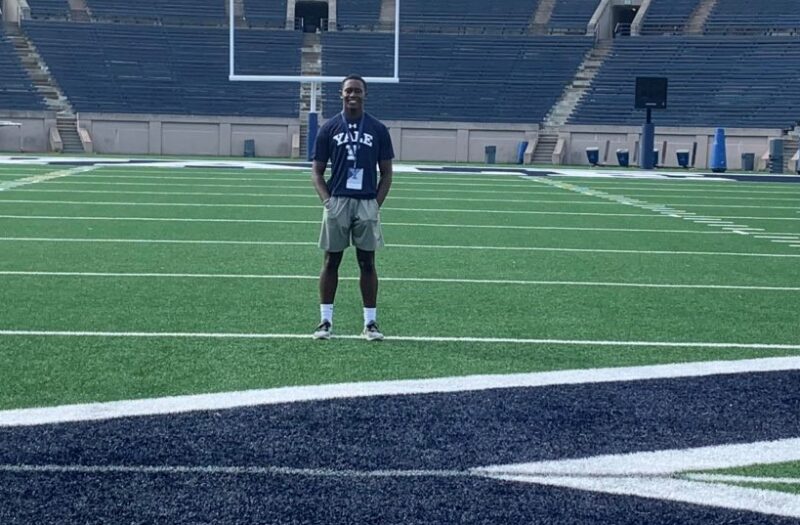 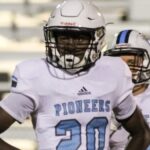 The summer camps are winding down after a whirlwind of recruiting and offers being handed out to players.  I am going to review five talented running backs who were not caught up in the whirlwind and have not drawn a lot of attention.  The recruiting interest is expected to pick up for these players.

ZyKeem Brooks, 6’0", 205, New Bern HS.  ZyKeem is a quick and shifty runner with good balance.  He is often lined up in the slot position and displays good hands on passing plays.  ZyKeem has been busy this summer participating in the National Preps Collegiate Showcase, Florida State University Camp, and the Blue-Grey All-American Combine.  He had solid performances at those camps, displaying speed, agility, and solid hands on pass-catching drills.  ZyKeem’s camp performances are expected to generate recruiting interest and offers.

Devin Gardner Devin Gardner 5'11" | RB Harrells Christian | 2022 State NC , 5’11", 240, Harrells Christian Academy.  Devin is a power-runner who uses quickness to find an opening.  He accelerates past defenders to gain big yardage, scoring often.  Devin has displayed the skills and talent to play at the next level.  The recruiting interest is expected to pick up for him along with offers.

William (Trey) Thompson 5'11" | RB Watauga | 2023 State NC , 5’11", 180, Watauga HS.  Trey has participated at the Liberty University, University of Kentucky, and Yale University Camps.  His performances at the camps have been outstanding, impressing the coaches.  Trey has all of the tools for a running back, speed, agility, explosiveness, and pass-catching skills.  Trey had a personal best of 10’,2" Broad Jump and a 41" Vertical Leap at the Yale University Camp.  His impressive camp performances are expected to generate recruiting interest and offers to follow.   https://twitter.com/ThompsonTrey/status/1399133902669766656?s=20