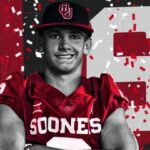 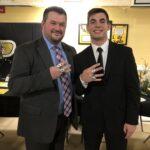 The season is close! You can sense it, you can almost smell it, you can feel football is almost here, so it’s time to start looking deeper at the teams heading into the 2021 cycle.

We start by looking at the top championship contenders from each classification. This series will be broken down into three parts with our first edition looking over Class 1A thru Class 3A.

– A new path has been made for the Golden Tide with their move to Class 1A football and they already look like the top contender to win another championship. Led by senior standouts Khalik Ganaway

Sam Driggers 6'0" | QB Peabody | 2023 TN , the Golden Tide is poised to string together back to back to back state titles. This is a balanced team that plays sound football on both sides of the ball. They have every piece this season to win it all yet again but this time in new terrain. 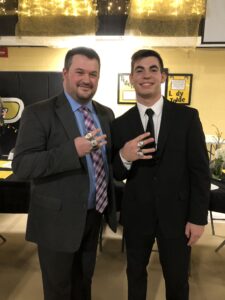 – Coming back to defend their 2020 state title is the Tigers and they just about brought everybody back from a team that played strong football by season’s end and went on to win the Class 1A state championship. The Tigers are led this season by a defense that should be pretty stout (watch out for ‘23 LB/DE Braxton Wilson Braxton Wilson 6'1" | DB Bearden | 2024 TN ), a solid offensive line led by Gus Hill

Gus Hill 6'4" | OL Fayetteville | 2022 State TN and a future college back in K.J. Jackson. Fayetteville has a pretty deep roster for a 1A school and should have enough firepower to work at repeating as state champs.

– This is one of the more consistent programs we have in the entire state. The Pirates are competing for state titles every season and this year will be no different. Replacements must be made at several positions but they return enough talent like Gio Davis

– When looking for possible title contenders, it’s hard not to look at the Rebels and think with their two headed monster in (Ath) Marquez Taylor

Marquez Taylor 6'0" | ATH McKenzie | 2023 State TN and (QB) Jackson Cassidy Jackson Cassidy 6'3" | QB McKenzie | 2023 State TN , that they have a strong chance to play their way to Cookeville. Taylor is an elite talent with a Power Five future and Cassidy is a two sport star with upside at quarterback to play in the D1 ranks. The Rebels also have enough pieces around Taylor and Cassidy to see their 2021 season end in major success and a possible title game appearance.

– This could be a bounce back year for the Cherokees as they have had to transition over the roster from the past two years and now could have the pieces for a strong playoff run. Youth still makes up the majority of the Cherokees team, so the future looks bright but they may just have enough this season to cause damage in the Class 1A race. Two names to know about from Greenback include junior (LB) Ashton Orr and rising 2024 O-lineman Cash Hearon Cash Hearon 6'3" | OL Greenback | 2024 TN .

– The Chargers have made the move down to the Class-2A ranks and it looks to be a smart decision as they have a great shot at winning a state title this season behind the arm of an Alabama commit. Senior signal Ty Simpson

Ty Simpson 6'2" | QB Westview | 2022 State TN runs the show in Martin and he has pieces around him this season that should have grown and matured enough to help this year and led the Chargers on a deep playoff run. Look for senior (RB/WR) Javion Goins to have a big year and junior (WR) Drew Shanklin Drew Shanklin 5'11" | WR Westview | 2023 TN to have a breakout season. Defensively is where the Chargers must improve and be the difference between a championship team and an early exit.

– When will the Tigers finally break through and win that elusive state title that they have been competing for over multiple seasons now, it could be this year! The Tigers have enough returning talent and up and coming youth to find themselves back in Cookeville this season but it won’t be easy. Everything starts and ends with all-state (QB) Logan Carroll

Logan Carroll 5'10" | QB Meigs Co. | 2022 TN . The dual threat quarterback is a playmaker that has improved his passing. He has a beast up front blocking for him in Austin Andrews

Austin Andrews 6'3" | OL Meigs Co. | 2022 State TN and the defense that could be better this season compared to last year. This is a winning program that knows how to compete for championships. 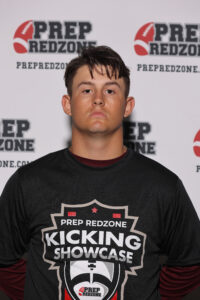 – Headed into the 2021 season, the Lions are looking at their best chance yet to make their way to the Class 2A state title game and they have a few horses to lead them there. The conversation starts and ends with new Tennessee commit, two way (Ath) Cameron Miller

– A perennial power in the Middle Tennessee region, the Yellow Jackets might take a small step back from their teams over the past few years but should still have enough talent and tradition behind them to compete yet again for a deep playoff run. Look for Trousdale to lean heavily on the run game this season as well as a defense that plays strong in the secondary with Keenan Burnley

Keenan Burnley 6'0" | DB Trousdale Co. | 2022 TN and others. It may take some time for this Yellow Jackets team to come together but by season’s end, they will be a tough out.

– Rounding out the Top Five was tough as you have several teams lumped together, all lacking in certain areas and the Purple Tigers are no different but what gives them the spot is their tradition and consistent ability to win. The Purple Tigers are having to replace a lot of talent from the past two years but return enough talent to yet again contend for a Region title and position themselves for a deep playoff run. Senior safety/receiver Brady Watts should be the leader and go to guy for the Tigers this season.

– Looking over the teams in Class 3A, it’s hard not to pick the Tornadoes as the clear front runner and the team to beat headed into the season. Alcoa is loaded yet again with stud upperclassmen. Caden Buckles

– The Chargers may be the lone team in Class 3A this year to give the Tornadoes some trouble but if that is to happen, this West Tennessee program needs their top players to play weekly at a high level. This is a consistent program that will need balance from underclassmen and the main seniors. Those guys include senior (DB) Jalen Fayne

Jamarion Dowell 5'8" | RB Covington | 2023 TN . These are three highly talented, game breaking athletes that the Chargers will need to lean on this year.

– If you are looking for a surprise team in the Class 3A ranks, it just might be the Tigers of Waverly. The main reason to consider the Tigers a sleeper is because of the return of senior quarterback Jacob Dooley

Jacob Dooley 6'1" | QB Waverly Central | 2022 State TN . The 6’1 left hander led his Tigers team on a deep playoff run last year and is back to repeat that performance and take things even further. Dooley will need help from his skill players and defense but there should be enough talent to compete with the top teams of Class 3A.

– The Tigers are coming off one of the best season’s in a long time but must replace a few key starters as they look to repeat last year’s magical run. Seniors led the way last year but this season, the Tigers will be led by underclassmen. The top guys that will be looked upon to produce this year is junior (WR/Ath) Hasaan Alsultani, junior (RB) Aidan Littles Aidan Littles 5'10" | RB Pigeon Forge | 2023 TN and junior D-lineman Caleb Wolfe. These guys along with many others must step up this season if the Tigers are looking to find themselves in the playoffs yet again.

– A sleeper team to watch this coming season is the Panthers and they have some prospects that if they play up to their capabilities, could help push Brainerd deep into the playoffs. Three senior leaders in (S) Talijah Witt

Talijah Witt 6'1" | DB Brainerd | 2022 TN , (Ath) Jaylyn Dupree and athlete Diamond Bates will be looking upon to lead and produce week in and week out. They aren’t the most talented Panther either as rising junior athlete Donivon Thomas Donivon Thomas 6'5" | ATH Brainerd | 2023 State TN takes that bill. Look for a breakout season from this 6’5 215 pound two way talent. If all these guys play up to par, the Panthers could be playing significant football by the end of the season.