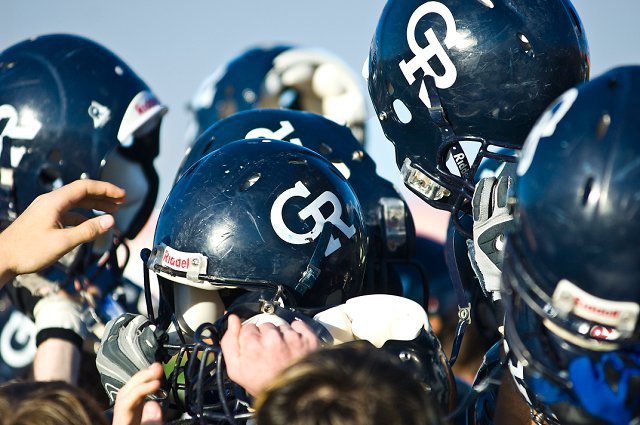 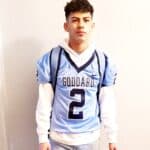 Overview: Goddard had three different quarterbacks see action in the spring. The result? A heated battle for the starting job in the fall between senior Adrian Vega, junior Adrian Solis Adrian Solis 5'6" | QB Goddard | 2023 State NM and sophomore Dominic Ramirez. Since he’s a senior, Vega is considered the front-runner. Six-foot-3 Noah Reese could also be utilized at QB when he’s not lined up at receiver. He can run and possesses a strong arm. Exciting junior running back Javyn Morales

Javyn Morales 5'10" | RB Goddard | 2023 State NM is arguably the fastest player in the state. He won the 100 meters at the Class 4A track meet in the spring. Goddard runs the wishbone and offset-I as its base offense, so Morales should see plenty of carries along with senior James Torrez and promising sophomore Jonathon Silva, who has shown signs of being an electric runner. When Goddard throws the football, a key target will be Elijah Quiroz is switching to wide receiver. Reese will catch some passes too, as well as Manuel  Venzor. Along the offensive line, Goddard lost Larry Luna Larry Luna 6'5" | OL Goddard | 2021 State NM , who is now blocking for the University of New Mexico. The Rockets return three starters. Josh Torres moves from center to tackle to replace Luna. Fabian Segovia will be the other tackle. The third tackle is junior Christian Dacanay. Defensively, Goddard must find replacements for Eastern New Mexico signees Nathaniel Stone Nathaniel Stone 6'2" | DB Goddard | 2021 State NM and Fernando Rubio Fernando Rubio 6'2" | DL Goddard | 2021 State NM . The most notable returnees include junior LB Hector Salvarrey and senior DE Layton Victor. Senior safety Diego Nunez heads up the secondary.

Top Storyline: How will Goddard’s spirited QB battle shake out?

Final Thoughts: Goddard started the abbreviated spring campaign with lopsided victories over Artesia and Lovington before suffering losses to rival Roswell and Rio Rancho. The Rockets put together some nice seasons in 2019 (9-3) and 2018 (9-2-1) are as firmly established as one of the prominent Class 5A programs in the state. But the Rockets have a Roswell problem, losing six straight games to their bitter cross-town rival. Putting the QB battle aside, it will be interesting to see how Morales’ blazing speed changes the Goddard offense. Getting him in space and watching him race past slower defenders should be a priority.

Coach’s Comments: “We have a pretty good battle going on at quarterback right now. It all boils down to consistency. Which guy will be the most consistent. We’re a running football team. So which guy can basically run the offense. Being a senior, Vega has good leadership skills. Solis is really athletic. He’s small, but quick and fast. Ramirez is a bigger guy but he doesn’t have a lot of experience yet being a sophomore. We run a lot of different packages. It may end up where each of those guys has a different package that he runs. Ultimately, we’re probably go with whichever quarterback gives us the best chance to win that week. . .We definitely want to get the ball into the hands of Javyn Morales

Javyn Morales 5'10" | RB Goddard | 2023 State NM . We try to have a fleet of running backs because we run the ball a lot. We have a lot of guys rolling through there right now. . .We’ll have a decent passing attack as well. But we’re not one of those teams that throws the ball 30 times a game. We will run our offense out of the spread some. . .We return three offensive linemen but we’re not going to have the same size as last year with Larry. . .   We have some guys to replace on defense, but I feel pretty good about where we’re at. We have a lot of guys competing for positions. Nobody has anything locked up yet. . .We’ll be battle tested by the time we start district play in October. ”  — Chris White