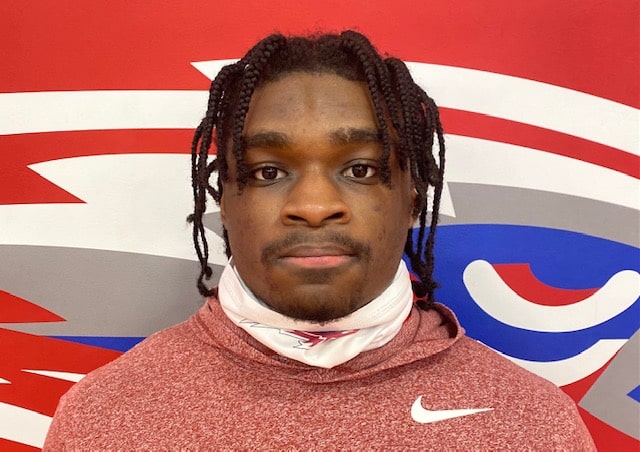 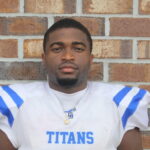 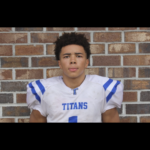 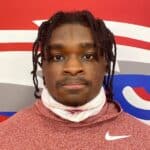 All four classifications of SCISA will be crowning state champions this weekend. Here is a preview of what to watch for in each game.

This is a rematch from October 29 in which Holly Hill Academy won 26-14. It was the lowest scoring season for both teams.

All four classifications of SCISA will be crowning state champions this weekend. Here is a preview of what to watch for in each game. Eight-man Championship Friday, 7 pm at Calhoun Academy, St.Matthews Andrew Jackson (11-1) vs Holly Hill Academy (12-0) This is a rematch from October 29 in which Holly Hill Academy won 26-14. It was the lowest scoring season for both teams. Holly Hill Academy is led by Tyler Wright, who has 1846 yards and 23 rushing touchdowns on the season. Marion Breland has added 473 yards and nine scores and Jacob Rogers has 237 yards and six touchdowns. Rogers has thrown for 683 yards and 12 touchdowns with Perrin Breland being the top target with 7 catches for 248 yards and three touchdowns. Holly hill Academy is averaging 53 points a game. Wright has 42.5 tackles, 8.5 tackles for loss and four sacks. Davin Walling has recorded 15.5 tackles for loss and nine sacks. They are allowing 10 points a game with three shutouts. Jonathan Schaffer Jonathan Schaffer 6'2" | RB Andrew Jackson Academy | 2022 State SC and Bug Brunson lead AJA offensively. In the semifinal win over Clarendon Hall, Schaffer had 114 yards rushing and Brunson added 90 yards. Both scored a touchdown. Carson Cone and Chase Carson added touchdown runs as well. Schaffer had nine tackles and Brunson added an interception on defense. This is Andrew Jackson’s six appearance in the state finals in the past seven years. They have four titles during that time with four state championships. Class 3A Championship Friday, 7 pm at Charleston Southern Trinity Collegiate (11-1) vs Hammond (12-0) Hammond will be vying for its fourth straight state championship and 18th in school history. The biggest difference is former coach Erik Kimrey is now on the sidelines for South Carolina. Jon Wheeler is in his first season as the head coach. This is also a rematch from earlier in the season when Hammond gave Trinity Collegiate its only loss in a 14-0 contest. Michigan commit CJ Stokes

CJ Stokes 5'11" | RB Hammond School | 2022 State SC leads Hammond with 1,377 yards and 22 touchdowns. Dylan Richardson, who had a punt return for a score in the first meeting between the two teams, has taken over at quarterback after an injury sidelined Jack Weston. Cam Scott Cam Scott 5'11" | WR Hammond School | 2022 State SC and Omari Bennett are the top two receivers. Hammond has allowed a total of 31 points all season and has seven shutouts in allowing just 120 yards per game. Mark Brown, Jack McCall, Rucker Brannon and Michael Aitchison lead that group. Trinity Collegiate running back Reggion Bennett

Tre McLeod 6'2" | DB Trinity Collegiate | 2022 State SC has added 1,459 yards and 19 scores. In the earlier meeting with Hammond, they combined to rush for just 114 yards. Carter Hardee threw for 88 yards and ran for 18 but threw a key interception in the end zone. Bennett and McLeod are forces on the defensive side as well. Daishone Small and Spencer Scott have also made huge contributions on the defensive side.     Class 2A Championship Saturday, 5 pm at Charleston Southern Hilton Head Christian Academy (12-0) vs Williamsburg Academy (10-0) Hilton Head Christian will put its 25-game winning streak and back-to-back state titles on the line against Williamsburg Academy. These schools have three common opponents in Hilton Head Prep, Beaufort Academy and Pee Dee Academy. Hilton Head Christian won those three games by a 129-29 margin with Williamsburg winning by a 112-36 margin. Jace Blackshear has thrown for 2,333 yards and 28 touchdowns on the season for Hilton Head Christian. Jackson Lanier, Speedy Robinson and Riley Shinn are his top targets. They have combined for 22 touchdowns. Robinson and Blackshear are the top two ground gainers, and each have 15 touchdowns on the season. Lanier is the team’s top tackler with 75 and he forced five fumbles. Conrad Balder has thrown for 1,576 yards and 16 touchdowns for Williamsburg Academy. Caleb Klinne has 887 yards rushing and 18 scores. Joe Kellahan has 24 catches for 343 yards and 17 touchdowns. Henry Swicord and Teague Ward have combined for 12 touchdown receptions. Ward is the leading tackler with 63. Binkie McKenzie has contributed 53 stops. Kellahan has four interceptions. Class A Championship Saturday, 12 pm at Charleston Southern Lee Academy (7-5) vs Thomas Heyward Academy (11-1) This is a rematch from last season’s title game won by Thomas Heyward Academy. Thomas Heyward has overcome the loss of starting quarterback Dietrich Shuford early in the season. TyShon Mansell and Brandon Howard Brandon Howard 5'9" | LB Ridgeland-Hardeeville | 2022 State SC have filled the void. Anthony Fripp and Tony O’Banner have combined to lead the ground attack with over 1,700 yards combined. Howard and Cameron Vangelson lead the way on defense for Thomas Heyward Academy.   The only loss for Thomas Heyward came against Bluffton in overtime. Lee Academy started the season 1-4 before winning six of seven to set up the rematch. Hampton Gaskins and Andrew Hair lead the way offensively. Liam Hoopaugh is a force on defense.

Subscribe to Prep Redzone South Carolina to get access to all premium articles and prospect rankings for as little as $2 per week with an annual subscription!