Behind the Scenes: The How and Why of the MN Rankings Updates 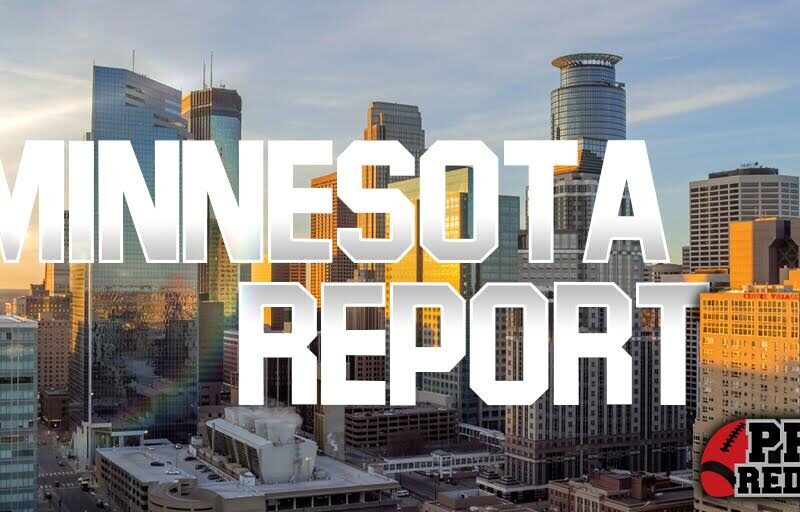 Now that both Minnesota’s 2025 and 2024 rankings updates are officially released, I wanted to break things down and describe to our readers a little bit about the “How” and “Why” behind the rankings process and how they come to be. I take honesty and transparency seriously – especially in this industry, and thought it’d be pertinent to do a version of this after seeing my coworker Chris Fitzgerald – our National Director at sister site PrepDig – do a similar thing before his national rankings, and it’s always good to be transparent, so I’m going to use this and differ to this article when introducing rankings-related content for the upcoming ’24 pieces as well as the eventual 2023 update + features as well. So, how do we create and update the rankings? Find out below!

Although my title is “Midwest Scouting Director” here at PrepRedzone, I am first, foremost, and always the lead contributor at PrepRedzoneMN, the place where I began my career (RIP NorthstarFootballNews) and where my truest and deepest love of football and recruiting will always lie. Before I go on, I want our readers to know that I take these rankings, and the thoughts and feelings of every player I rank, seriously. That being said, I do need to remain unbiased and I would never, ever rank a kid based on my personal feelings about him or anything related to him, and I do think it’s worth noting that I don’t rank or write about kids just because they subscribe to the site. I don’t even know who subscribes, I just write. Now, even when it’s not time for rankings, I am always looking for and taking notes on new players from MN and keep them organized and cataloged in my personal database for when the next update comes. I am also diligent in keeping track of players already on my radar and their progression and improvement as they age, but most of the time I know of a kid before they become an upperclassman and a lot of the time before they are sophomores. Additionally, because I am not living in Minnesota, I utilize Nate Wahl and his eyes in the Land of 10,000 Lakes to get in-person input and thoughts. I also want it known that I am planning on coming back to MN after my fiance defends her thesis next spring, so I won’t be this far away for long. In the future, I also want to begin to reach out to more high school coaches for feedback, but I get nervous about potentially messaging the wrong person and get in my head about it.

To finish things off for the “How”, I want to make sure to tell you guys about the processes I use when ranking players. When I lived in MN, I used my eyes and in-person evals as much as possible, but living in FL I have to lean on film more than anything now. Seeing prospects at our Showcases are the best way for me personally to see a culmination of Minnesota recruits, so although it may seem like we’re biased toward the kids who attend our camps, a lot of it is because we have definitive data on them of some kind of another. It’s not the end all be all though, the as the film was and still is a huge part of ranking a kid, but there are also other elements worth noting. Height, weight, speed (if track times are available), level of competition, and positional legacy from the program and Minnesota are all things I take into account, as well as what offers and level of college interest has already been reported on the young man. Also, I use a combination of high school performance and projection of success to the college level as a factor as well, the latter of which being more prevalent in the younger grades of recruits.

All-in-all, it’s a mixed bag and culmination of many things, and I understand it’s subjective and some people take a lot of stock into these, but at the end of the day I hand out zero scholarship offers a year, and college coaches and programs do their own evaluations on kids, so while I love and appreciate that people get fired up about these, I would never do anything to purposefully jeopardize a player’s recruiting stock, and am doing these rankings for the fun and positive impact they potentially bring. It will hopefully become a more fluid process as time goes on, and if anyone has any more questions feel free to email me at: oliver@prepredzone.com or message me on Twitter at @OJW_Scouting.

Rankings are a fun way for me to take my passion and super fandom for Minnesota prep football to the next level and make a concrete and visible list of the best prep football players in the state for the enjoyment of our readers as well as myself personally. Even for casual fans of MN high school ball, the top kids year after year are generally well-known and recognizable, especially for those staying home and playing for the Gophers, so the essence of these rankings has and always will be bringing light to the athletes behind those well-known studs and commodities. That’s what PrepNetwork was founded on and what mission statement will always be: giving recognition and exposure to the underrated, under-the-radar, and lesser known college prospects from all different sports and parts of America. While I don’t like tooting my own horn, I do feel the need let our subscribers – and only our subscribers, I don’t care to shout into the void that is Twitter – that college programs do value our opinion and evaluations. I personally have had NY6, P5, FBS, FCS, DII, DIII, NAIA, and JUCO coaches and recruiting personnel reach out about prospects and tell me and Nate Wahl that they use both our articles and rankings as a way to recruit. I just want you guys to know that we aren’t blowing smoke out of our butts in terms of scouting, but like I said above, the rankings and evals are far from the end-all-be-all when it comes to a kid finding the right home to play football at and college programs always do their due diligence when evaluating talent and recruiting for themselves. Although it’s cool hearing from the big boys and helmet schools that live on our TV screens on Saturday’s in the fall, my favorite thing is being in contact most frequently with coaches from the Missouri Valley, Northern Sun, and MIAC, my three favorite conferences in all of college football. All three of those levels of play and conferences are home to a ton of MN boys, and at the end of the day that is why I got into this industry, to bring exposure to Minnesota prep football players. Hope this cleared some things up for you guys. Thanks for reading and enjoy the rankings content!