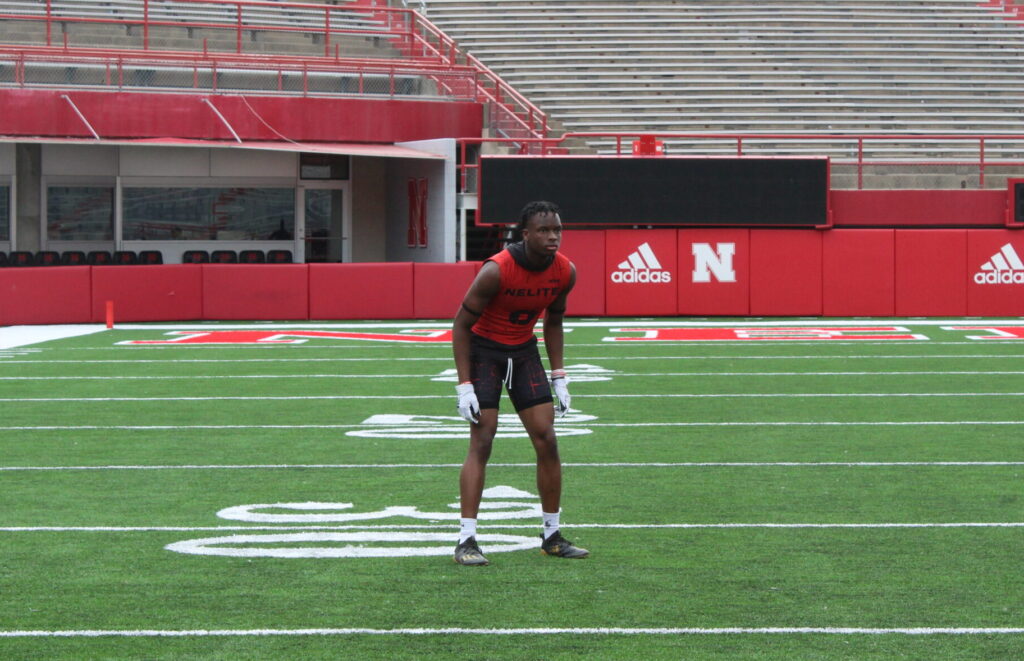 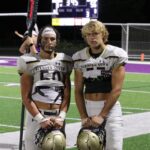 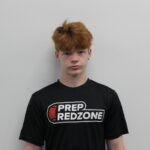 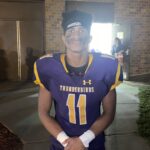 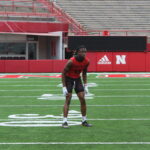 If you want to look for a player on the verge of a breakout season, look no further than Elkhorn South’s Henry Prochazka Henry Prochazka 6'4" | DL Elkhorn South | 2024 State NE . The incoming junior has had a great spring/summer circuit and especially stood out at the Husker’s Friday Night Lights camp. Henry showed out in front of older brother and current Husker OT Teddy Prochazka. The younger Prochazka looks like a very promising defensive end who was able to win his fair share of reps in 1v1 reps. He did so by using violent hands and explosive hips when power rushing. Henry used his strength to stand up offensive linemen and throw them off balance. Prochazka’s pursuit and motor

Wesley Okafor 6'2" | DB Omaha Westside | 2023 NE . Wesley ended the season as an under-recruited prospect but has been making a lot of noise on the recruiting circuit. Okafor has been a dominant lockdown defender at the camps I’ve seen him at and in 7v7 competition. He is a fast, agile player that has continued to grow as a player with every rep. Okafor has a quick backpedal and can flip his hips and change directions with ease. Another thing to like about Wesley’s game is his length. At 6’2", he is on the taller end for corners and has long arms that he uses to dislodge balls and swat away passes. He doesn’t mind getting physical with receivers and is smart when making a play on the ball. With 4.5 speed, great instincts, and a chip on his shoulder, I fully expect Okafor to ball out in 2022. Harry Caskey Harry Caskey 6'4" | QB Ogallala | 2024 State NE (2024) | QB - Ogallala | 6’4" 210 lbs Hudl | Twitter If you want to find one of the biggest arms in the state, travel to Class C1 school Ogallala to find QB Harry Caskey Harry Caskey 6'4" | QB Ogallala | 2024 State NE . Harry is a tall, sturdy QB that stands firm in the pocket and has the size and toughness to take on big hits. Caskey showed off his strong arm all night at the Husker’s camp, especially when making deep, tough throws. He had some really nice throws into tight windows and can add tons of zip on the ball. On top of having a rocket arm, Harry can also tuck it and run, as shown by his 500+ rushing yards on the ground as a sophomore. There is still some rawness to his game, but having experience in Ogalllala’s offense and a solid summer should propel him to have a strong year 3. Kyrell Jordan

Kyrell Jordan 5'8" | WR Bellevue West | 2023 State NE . Kyrell has been on a tear whether he’s traveling with NELITE 7v7, at the Iowa Western camp, Bell West’s passing league, or the Friday Night Lights camp, he’s  been killing it. He consistently beats his man off the line and can create separation in a snap. Jordan is considered to be "undersized," but if you look at him he has a strong, solid build and is very physical. He always makes his way back towards the football while making strong "hands" catches and even takes the mental "snapshot" that receiving coaches preach about. Jordan’s footwork is immaculate and his balance while he shifts and jukes out of traffic is incredible to watch. Kyrell holds offers from Northern Iowa, Bemidji State, Wayne State, and Iowa Western, but I really think he should see more offers roll in once the season kicks off. This man is going to be a STEAL!!! Bode Soukup Bode Soukup 6'1" | QB Blair | 2024 State NE (2024) | QB - Blair | 6’1"  Hudl | Twitter This was my first time watching Blair’s QB1 Bode Soukup Bode Soukup 6'1" | QB Blair | 2024 State NE in person and I thought he turned in a great performance. He passes the eye test for a QB and looked very mobile as well. He moved very well during the bag drills and showed good footwork while keeping his eyes upfield. Bode has a good arm and can add zip to his throws. The Bear’s 2024 class is flooded with great receivers so I’m excited to see what year 2 as QB1 will look like for Bode. As a sophomore, Bode looked very promising as he threw for 1,290 passing yards and 11 touchdowns with 11 interceptions. I think Soukup will be able to convert some of those turnovers into touchdowns and continue to improve his recruit stock in 2022. Landon Tate

Landon Tate 5'10" | WR Elkhorn South | 2025 State NE who stood out at both Friday Night Lights sessions. Landon is a versatile all-purpose back that can run the ball well and make big plays as a receiver out of the backfield or in the slot. He is very twitchy and possesses great vision, making him an extremely elusive player. Tate’s shiftiness in small spaces and burst when he turns the corner will be very tough to defend. Landon performed well in 1v1 reps and made some spectacular catches. The sky is the limit for this dynamic playmaker. Make sure to follow @PrepRedzoneNE on Twitter and Instagram to stay up to date with all your Nebraska prep recruiting news.

Subscribe to Prep Redzone Nebraska to get access to all premium articles and prospect rankings for as little as $2 per week with an annual subscription!