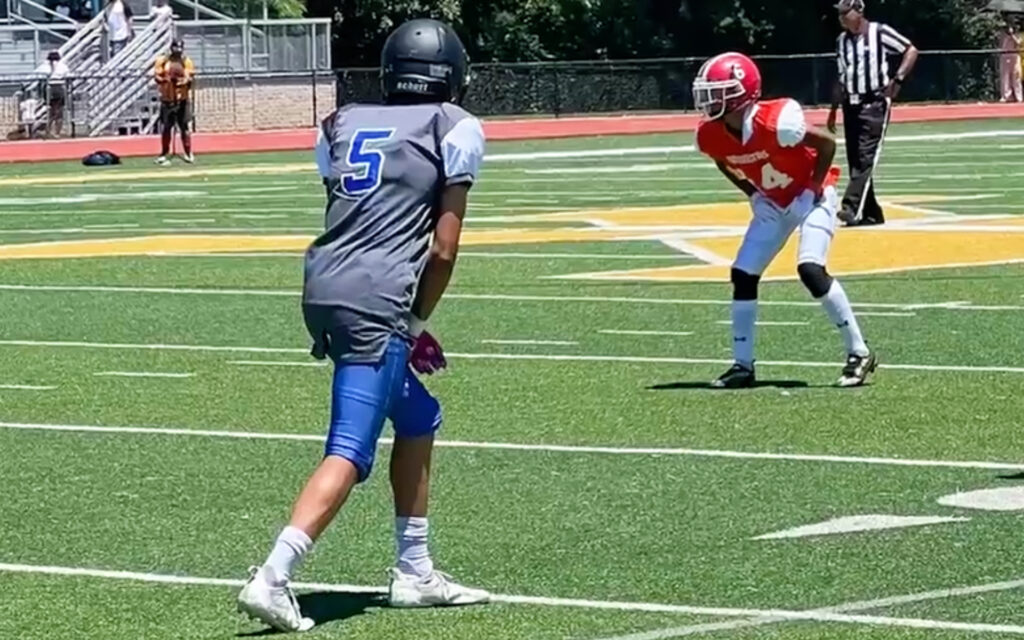 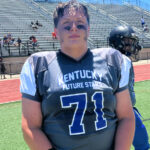 Brady Hull is a name I had already seen being mentioned in recruiting circles and he definitely lived up to the hype in person. He has the size that you like to see in a true left tackle at his age. Hull showed the ability to use his size and strength to his advantage in the run game, simply overpowering opposing defensive linemen to create movement off the line of scrimmage. He also impressed me a lot in pass protection. Brady showed