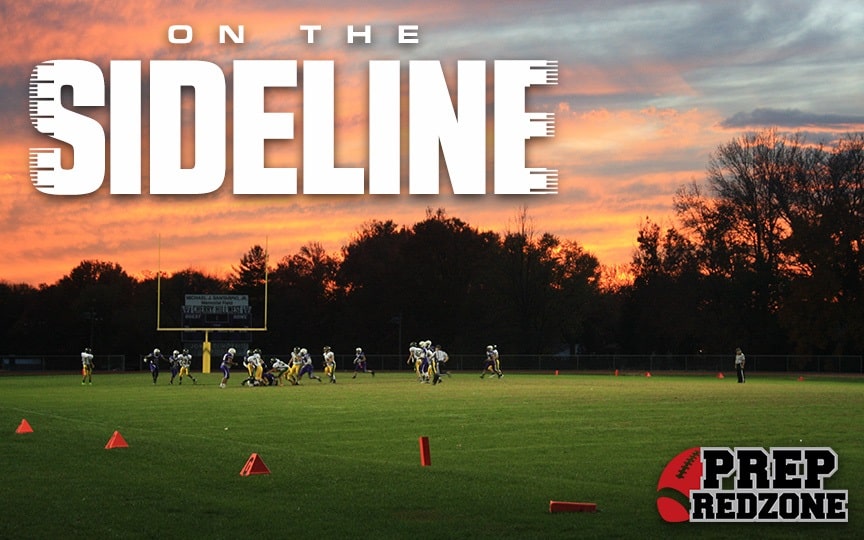 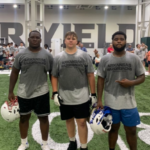 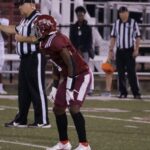 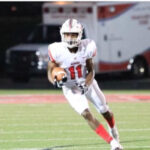 We off to the start of a new week. It will be a busy week in the state of Arkansas with the Razorbacks hosting another camp in Fayetteville. However, we are coming off of a weekend where we had plenty of news to pay attention to and get caught up on. In this article, we are going to update you on some scholarship offers, strong 7-on-7 performances, and some impressive camp performances from this past weekend.

What will catch your eye about Grayson Wilson Grayson Wilson 6'3" | QB Central Arkansas Christian | 2025 AR is his pocket presence. The young man knows when to move around just enough to make the throws. He shows impressive arm strength, and it should come as no surprise that he earned a scholarship offer. Wilson picked up an offer from the Illinois Fighting Illini over the weekend and this will be the first of many for the Central Arkansas Christian signal caller. Wilson has the potential to explode from a recruiting perspective over the next few months.

Staying up in Big 10 country for this prospect’s news. Canady is a versatile powerhouse on both the offensive and defensive lines.

Landon Canady 6'2" | DL Little Rock Parkview | 2025 State AR -Defensive Line-Little Rock Parkview-2025 Staying up in Big 10 country for this prospect’s news. Canady is a versatile powerhouse on both the offensive and defensive lines. At Ohio State’s camp, Canady displayed the power and the quickness that is going to give opposing offensive coordinators nightmares this season. The Little Rock Parkview product has had an extremely productive offseason with impressive performances at the Dallas Mega-Camp and the Ohio State camp. Keep an eye on Canady this season. Kyle Reed-Running Back-Arkadelphia-2025 One running back that is starting to open some eyes this offseason is Arkadelphia running back Kyle Reed. At the Shootout of the South, Reed displayed his impressive speed and ability as a wide receiver. From the running back position, Reed does a great job of identifying his rushing lane and exploding through the hole. Reed is a prospect that is going to continue to build momentum going into the 2022 season. Donnie Cheers

Donnie Cheers 6'2" | WR Marion | 2023 State AR a few times over the past couple of weeks. He is a wide receiver that can make plays all over the field. Cheers uses his size well at 6’2” to go up and snag passes away from the opposing defensive back. He has a strong offseason and, in the process, picked up two scholarship offers this week. Southeast Missouri State and Southern Illinois each extended scholarship offers to the Marion playmaker. Keep an eye out for Cheers this season, I expect a big one. Chandler Laurent

Chandler Laurent 5'7" | LB Pine Bluff | 2024 State AR -Linebacker-Pine Bluff-2024 The Pine Bluff linebacker is a worker and student of the game. He is a prospect that is always working toward improving and he arrives to meet the ball carrier with force. Laurent plays the pass and the run game well. He does not quit on a play and was impressive at both the Memphis and the Arkansas camps over the past few weeks. I expect a strong season from the Pine Bluff linebacker, and he is a prospect to keep an eye on this season. Owen Miller Owen Miller 6'1" | QB Harding Academy | 2025 State AR -Quarterback-Harding Academy-2025 The quarterback pool in the state of Arkansas is a talented one when you look across the board. Owen Miller Owen Miller 6'1" | QB Harding Academy | 2025 State AR is a quarterback that does an excellent job of keeping his eyes down the field when he is scrambling out of the pocket. He is an accurate quarterback and has put that accuracy over the past few weeks at Pulaski Academy team camps. Miller can fit the ball into some tight windows and does a good job of not forcing the football into tight coverage. Miller is a player with the potential to have a big season in 2022.

Subscribe to Prep Redzone Arkansas to get access to all premium articles and prospect rankings for as little as $2 per week with an annual subscription!