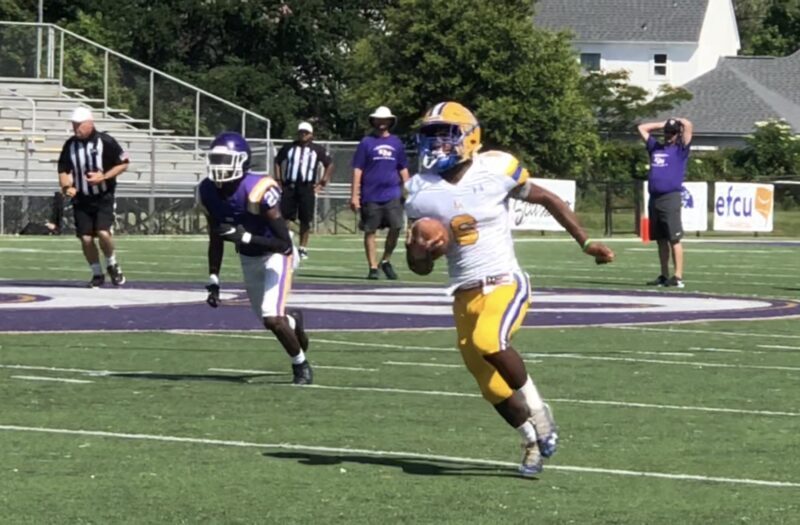 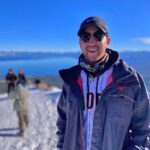 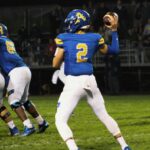 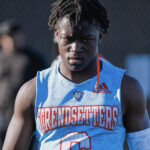 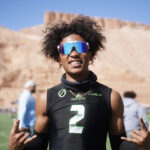 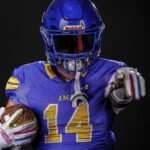 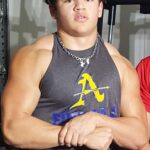 Taking a look at Bishop Amat’s loaded offense with both returning and newcomer playmakers. The transfers of 2023 WR Raiden Brown

Franklin was one of the leading playmakers for BA last season as a receiver and return specialist. He’s a dangerous player in space that can make guys miss and possesses the speed to break away from defenders at the second and third levels. He creates separation with his D-I combination of athleticism and route-running. Franklin added offers from Grambling St., Army, and Air Force in May with other offers from ASU, Arizona, UNLV, FSU, Pitt, Miami, and Georgia.

Bey is a highly talented and versatile transfer that played RB, WR, and LB for Jurupa Hills last season. He’s strong and physical as a runner showing vision finding lanes and explosive burst through the hole. He flashed a strong receiver skillset making plays split out wide and catching out of the backfield. He’s rangy and athletic tackling sideline-to-sideline and extremely physical at the POA. Bey’s a future P-5 guy who’s added offers from Washington St., ASU, LSU, Colorado, Arizona, and Washington since May.

Some routes from the SMU camp!! Lost not one rep pic.twitter.com/L04NHs61DD

Watson possesses a strong physical makeup at 6’4”/210 with a strong, accurate arm. He pushes the ball downfield with accuracy and moves well in the pocket. He gets the ball out quick on short-intermediate routes giving his receivers space to make plays after the catch. He does a good job finding space in the pocket, keeping his eyes downfield, and resetting his feet throwing off a solid platform. He can fit the ball into tight windows over the middle and layer the ball outside the hash. Watson picked up an offer from Findlay last week.

Munoz is a pure athlete on both sides of the ball at QB and OLB. He was the leading tackler for Amat last season providing a physical presence in the box. He’s active in shallow coverage showing instincts and short-area burst on the ball. He flies to the football and a reliable tackler in space. He made plays with his legs as a QB showing physicality, speed, and vision. Munoz should see plenty of opportunities to showcase his pure playmaking ability on both sides of the ball next season.

Borrayo was a participant in the PRZ Stock-Up CA Showcase in January where he showed ability to create space in man coverage with creative releases and compact quickness. He’s a reliable receiver on short-intermediate routes and showed ability to make plays after the catch as a junior. He’s clean coming out of his breaks and urgent snapping his eyes back to the QB. He plays physical with DBs and OLBs sealing lanes as a run blocker.

Rubio is a two-way playmaker at WR/DB. He’s effective operating out of the slot showing hands and toughness catching in traffic over the middle. He does well finding the soft spots in zone and consistently works to space. He’s a reliable third-down possession receiver that’s shifty and elusive picking up yards after catch. He covers ground from his S spot showing ability to cover deep and outside the hash. He’s fluid opening hips, locating receivers, and breaking on routes. Rubio will be a player to watch on both sides next season.

Ramos was the leading rusher for BA last season with just under 800 rushing yards and 12 TDs on the ground. He’s a physical downhill runner at 5’11”/210 that can drive through tackles and maintains balance through contact. He’s dynamic catching screens out of the backfield with soft hands and is extremely difficult to tackle in space with his strength and power. He’s light on his feet and explosive through the hole. Ramos picked up offers from Navy, Northern Colorado, and Air Force in May with others from Army, Nevada, Cal Poly, and Sac St.

Rodriguez is the #3 OL in PRZ CA’s 2024 class. He possesses great size and strength at 6’4”/280. He has long arms and good range-of-motion that could see him fit multiple spots along the OL. Rodriguez’s ceiling and upside have seen him pick up offers from Louisville, FSU, and ASU.