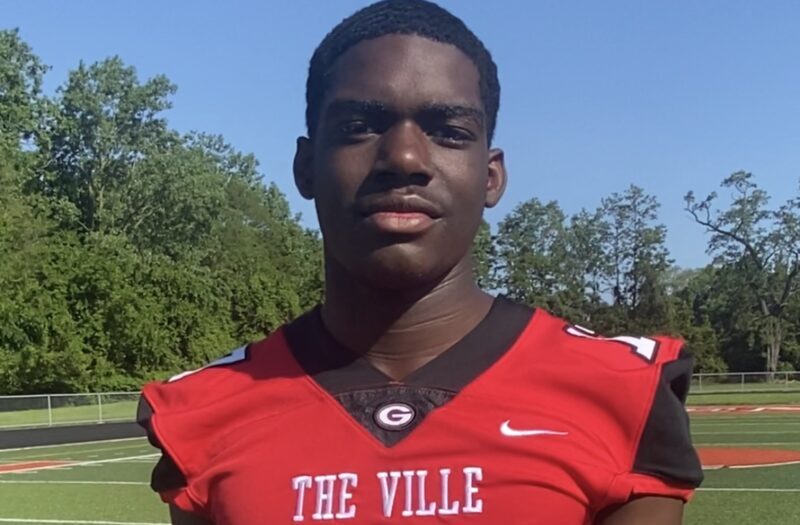 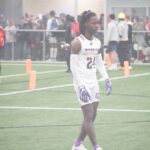 Over the last two months, I’ve been bouncing around the midwest and east coast, evaluating some of the nation’s top prospects. I recently stopped in the likes of New Jersey, Ohio, and Pennsylvania, seeing programs loaded with talent like The Hun School (NJ), Glenville (OH), and Roman Catholic High School (PA). Look for more coverage on some of the east coast’s and midwest’s top prospects to be out in the coming weeks.

One of the better all-around athletes in the state of New Jersey. Excels at H-back, TE, and DE. Shows great hands, is versatile, and has a nose for the football. An excellent first step and great body control means that he can play on either side of the ball at the next level. Caught 18 passes for 213 yards and three TDs. Totaled 37 tackles and two quarterback sacks. 4.3 GPA and scored a 1390 on the SAT. Twitter: @dantebarone35

A talented center and defensive tackle out of the Cleveland area. Big, athletic, and focused. Shows a great first step on tape. Strong as they come with a 325 bench. Cousin of former number one overall prospect Rashan Gary. 3.2 GPA. Twitter: @0fficialmatt0

A free safety prospect with great range and is known for his hitting ability. He shows excellent play recognition and burst on film. 4.0 GPA. Twitter: @ageejermaine

A 2025 budding star with exceptional length, footwork, and coverage skills. He runs extremely well and is known as a playmaker on the defensive side. Big-time talent in my eyes. Twitter: @13tohard

Philadelphia Roman Catholic High School is loaded with top prospects in the next three classes. This young man really impressed me with his elite speed, great hands, footwork, and high football IQ. He’s a Dynamic ball player that also stars in basketball and track. Definitely, a rising star who I believe will be a national recruit. 4.1 GPA. Twitter: @iamjuicegreen

Another very talented defensive back from Philadelphia Roman Catholic High School. Just as impressive in person as he was on film. Lengthy with good footwork, quick hands, and plays a technically sound brand of ball. No doubt a Power-Five prospect. 4.0 GPA. Twitter: @williamfelderjr

Already a dominating presence who I was very impressed with after meeting him in person. Kahlil shows superior strength, quick feet, a low pad level, and a great punch. Has All-American-type skills. Twitter: @Kahlil_Stewart