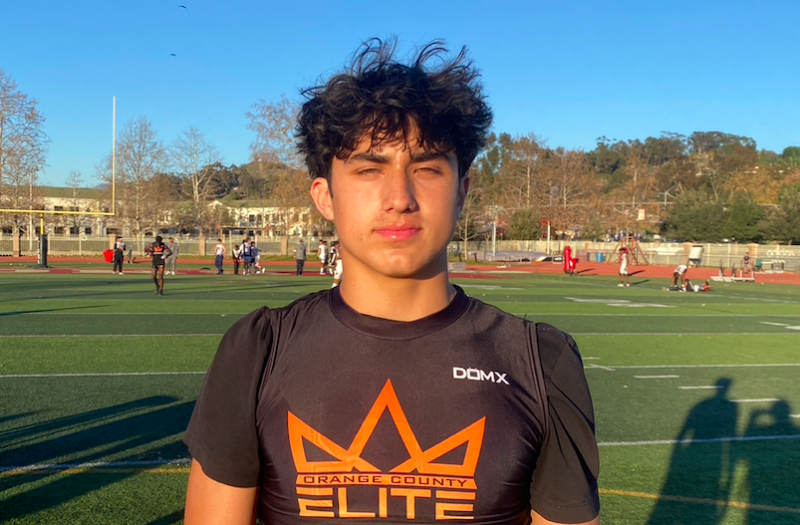 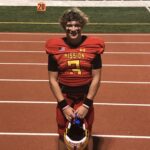 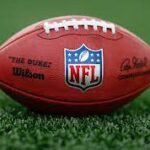 He completed 69 percent of his passes for 2,532 yards and 25 touchdowns with eight interceptions for the Diablos last season.

His accuracy has always been there and the arm strength has improved over the past two years. He makes good decisions with the ball and can make plays with his legs if need be.

Semonza also had offers from Colorado State, Northern Arizona, Penn and San Jose State. He is the first player from California in Ball State’s 2023 recruiting class and the second quarterback, joining Christian Abney of Zionsville, Indiana.

Fewell is an outside linebacker who is 6-foot-2 and 190 pounds. He told Greg Biggins of 247Sports that he wanted to stay close to home and that he chose San Diego State because he wants to be a sports broadcaster and the school has an excellent broadcast journalism department.

He chose the Aztecs over scholarship offers from Colorado, Colorado State, Montana State, New Mexico State and Utah State. Fewell is the sixth player from California in San Diego State’s 2023 recruiting class and the second player from San Diego.

He completed 57 percent of his passes for 2,949 yards with 30 touchdowns and 12 interceptions. He is the No. 17 ranked quarterback in California’s 2023 class according to the Prep Redzone rankings.

Duncan also had offers from Cal, Penn, San Diego State, San Jose State and UNLV. He is the fifth player from California in UCLA’s 2023 recruiting class and the first quarterback.

He caught 36 passes for 738 yards with 9 touchdowns for Pittsburg last season. On defense, he had 66 tackles, three interceptions and a pair of sacks.

He chose Oregon State over Fresno State, Nevada, Utah State and Washington State among others who offered him. He is the second player from California in Oregon State’s 2023 recruiting class, joining quarterback Aidan Chiles Aidan Chiles 6'4" | QB Downey | 2023 State CA of Downey.

Tollefson showed promise as a freshman, competing in one of the top leagues in the county. This offseason, he threw for OC Elite, a prominent passing league team in the area.

He now has 9 offers.